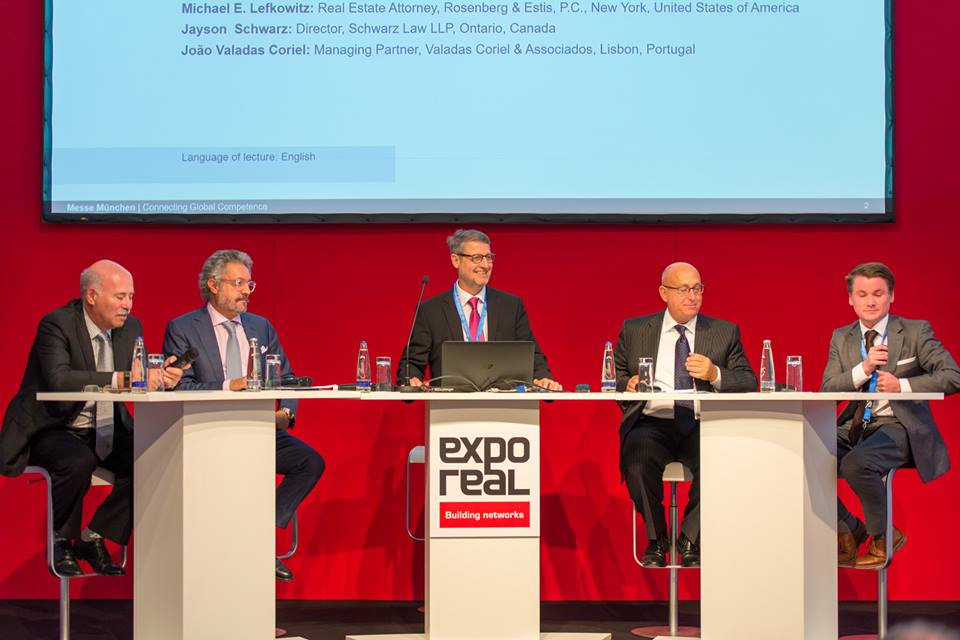 EXPO REAL is Europe’s largest real estate and investment trade fair. It represents the whole supply chain of the international real estate sector—all the important sectors are there, from conception and design through investment and financing, realization and marketing to operation and use.

IR Global exhibited at the EXPO REAL (Messe München) with a team of our real estate members to highlight the collaborative and international presence of the IR group and the benefits this offers to clients. Those participating were as follows:

Along with IR a total of 2,003 exhibitors (a rise of 13 percent as compared to 1,768 in 2016) attended the Expo from 35 countries. The top ten countries of origin among the exhibitors, after Germany, were: Austria, Netherlands, Poland, Switzerland, UK, Romania, France, Hungary, Luxembourg and the USA.