Cosmetics — everything from lipsticks and blush to eyeshadow and mascara — are all about making their wearers stand out. The same holds true for an effective trademark, meaning a brand’s success or failure depends on distinguishing itself in a crowded field of competitors.

When Guerlain sought to do just that by attempting to register the non-conventional shape of its lipstick cases as a trademark, the company’s efforts were met with skepticism by the European Union Intellectual Property Office (EUIPO).

Guerlain appealed the EUIPO’s dismissal of their application, which ultimately resulted in the IP office’s decision being overturned by the EU’s General Court. This allowed the French cosmetics manufacturer’s application to proceed to registration, subject to the final parts of the administrative process. Despite the outcome falling in favor of the company, this intervention came almost two full years after the EUIPO’s initial rejection and about a year and a half after Guerlain’s first appeal failed. What is more, it is unclear whether or not the Court’s decision, in this case, will set a precedent that will hold true in other industries.

Competition has always been fierce in the cosmetics industry, especially in Europe, given the overlap with high fashion in France and Italy. On top of this rivalry, over the last several years, phenomena including the rise of a broad e-commerce market and an increasing consumer focus on skincare over makeup have made the battle for customers even more intense.

Get in touch with our trademark experts!

With all this in mind, it makes sense that Guerlain, an affiliate of the LVMH Moët Hennessy Louis Vuitton luxury conglomerate, would want to cement control of its Intellectual Property (IP) and secure complete legal protection for its intangible assets. In addition to the usual marks – the company name, logo and various symbols – Guerlain wished to protect the unusual shape of its containers as an integral part of the brand image. The cosmetics house had about 40 EU trademarks (EUTMs) registered with the EUIPO before it submitted the striking design of its lipstick cases as a 3D shape trademark application in September 2018. 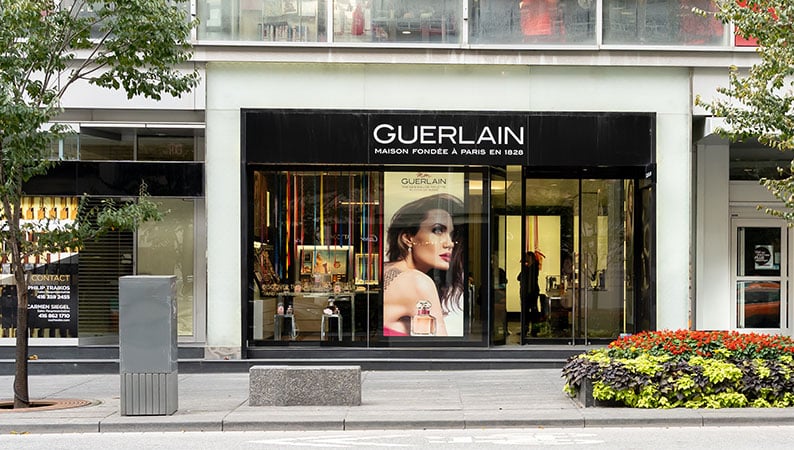 Guerlain has been a revolutionary force in the world of beauty since its foundation in 1828 and is renowned for its skincare expertise, exquisite fragrances, make-up, hair care and color cosmetics.

In response to EUIPO examiners’ objections, company representatives asserted in March 2019 that a reasonable argument of distinctiveness through use could be made for the unusual lipstick case. Guerlain contended that the design, having first been introduced in 2009, had had sufficient time and exposure to acquire a unique visual association with its brand and products.

From rejection to vindication

Generally speaking, trademark examiners across the globe are not quick to affirm that a mark comprising unconventional three-dimensional packaging has “acquired distinctiveness.” This is because consumers do not usually identify a brand by the shape of a container, even when these IP assets are granted registration. It is thus not surprising that the EUIPO rejected Guerlain’s initial application in August 2019, especially after the cosmetics brand waved off examiners’ concerns without altering the application in any way.

This action from the EUIPO precipitated an appeal filing from Guerlain in October of the same year. The company expanded its argument to note that its target audience — purchasers of high-end lipstick and cosmetics — paid more attention to the boat-shaped case design than the average consumer. As such, the cases’ unusual appearance would warrant and satisfy a distinctiveness threshold lower than mandated by the general marketplace in the view of Guerlain and its legal team. Even though the EUIPO’s First Board of Appeal conceded that Guerlain’s assessment of its consumers’ eye for detail was accurate, this second set of examiners still did not think the design did enough to “depart significantly” from what other market operators were doing, and thus denied the appeal in June 2020.

Guerlain’s final recourse was to petition the General Court two months after losing its appeal. Though the company had to wait a further 11 months for a decision, the Court ruled in their favor, invalidating the EUIPO’s rejection of their trademark application. The three judges of the Court’s Fifth Chamber cited not only the unconventional shape of the design, but also a small raised oval section present in drawings submitted with the original application. In the finished product, this oval is embossed with a cursive letter “G” — one of Guerlain’s prior trademarks — and in conjunction with the case’s shape, the Court deemed the design sufficiently distinctive for trademarking purposes. It was remarked that a shape need not be unique to be distinctive and that shapes that deviate from the conventions of a particular product or container would be more easily distinguished. 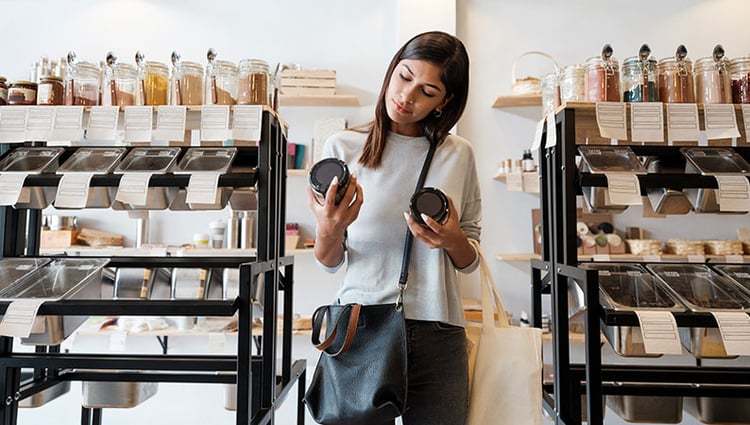 The fact remains that in most industries, the conventions surrounding packaging and product design are so firmly entrenched — and consumers’ associations between these conventions and particular brands so ingrained — that “straying too far” may render designs ineligible for trademark protection.

As of this writing, the EUTM application status is listed as “appeal pending” in the eSearch Plus database, but unless the EUIPO wishes to appeal the General Court’s ruling to the Court of Justice, it is most likely that the office will register the mark.

It follows that this decision bodes well for those in the cosmetics and fashion industries, at the very least. Eleonora Rosati, director of the Institute for Intellectual Property and Market Law at Stockholm University, praised the ruling and cited it as a turning point for fashion IP, given numerous recent registration failures. The UK-based fashion and IP law expert Tania Phipps-Rufus called the decision valuable on account that logos alone have historically not been enough to establish a strong brand identity in the fashion industry and the broader market for luxury goods.

Going forward, the viability of shape trademarks in other industries is much less clear. The precedent cases cited by the General Court in its annulment of the EUIPO’s decision were relatively new – both from 2020. Moreover, courts in the EU and worldwide are often slow to adjust their interpretation and application of law in response to emerging IP trends. The General Court’s conclusion that Guerlain’s departure from industry norms made its design distinctive and thus trademark-eligible would, in theory, imply that a soda company could trademark a square bottle. That is as far from the norm as one would likely have to go, given that most industries’ threshold of distinctiveness is much higher than that for luxury cosmetics.

Trademark trends and regulations are constantly shifting, and it is critical to have expert counsel on your side. Dennemeyer has the comprehensive knowledge and global presence you need to help you establish an identity and carve out a space for your brand, even in the face of legal challenges.