When Moak, Hunsaker, Rouse & Company announced its merger with the international accounting firm Price Waterhouse in 1983, John Arledge informed Moak's other partners that he would be forming his own firm in suburban Edmond. At that time, Edmond was still a sleepy bedroom community and John wanted to be near his boys – all four of them – who were in middle school through high school. John worked as an entrepreneur who grew his business and helped others find their success in the industry. He retired in 2007 but remained an active part of the office.

Although John passed away in March 2020, his legacy lives on through Arledge and Associates. He is greatly missed by staff and clients alike. John's commitment to service will be carried on through staff's work with the community he was proud to call home. He left us a dynamic firm with solid leadership and a commitment to our clients and our team of continued excellence.

From these humble beginnings born during the great oil bust, the firm has moved twice – both times in search for more space. We have added staff, experienced controlled but significant growth, and never lost sight of the importance of our clients, our service and our people. Family is still at the heart of all that we do.

Over the years, we have met and worked with and alongside many amazing and talented people. And to all of our clients and team members, thank you for confidence and trust in us.

Bachelor of Science in Accounting, University of Central Oklahoma

Woman of the Year, Circle of Excellence (Journal Record) – 2013 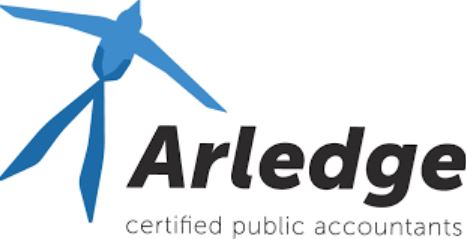