Nearly three decades before New Mexico achieved statehood, Bernard Shandon Rodey stepped off a train from Boston onto the hot and dusty streets of his destination: Albuquerque, New Mexico. Mr. Rodey established his law practice in 1883. Little did he know he was on his way to creating what would become one of New Mexico's oldest, largest and most highly respected firms. The law practice Mr. Rodey began in 1883 has grown into a firm of more than 70 lawyers and over 70 support professionals, with offices in Albuquerque and Santa Fe. The journey from that first day to the 21st century is filled with stories of leadership, technical excellence, and effective client advocacy.

Being a good lawyer means different things to different people. Some would say it is being well educated, experienced, and tough in the courtroom. Others would describe a creative, client-oriented problem solver. At the Rodey Law Firm, we believe a good lawyer is all these things and more.

Good lawyers help their clients make wise choices. They cut through the complexities of a problem to find its core. They study that problem from different angles, turn it on its head, and ask "what if?" Then they focus their intellectual, legal and strategic skills on finding a solution efficiently and economically. Ultimately, good lawyers make a difference in the lives of their clients.

This approach is a long-established practice at the Rodey Law Firm. We think it is the essence of what makes us good at what we do.

Our excellence, expertise and experience are recognized by the organizations of which we are members.

Drawing its members from the best law firms throughout the world, Lex Mundi, an international consortium of independent law firms, invited Rodey to join in 1989. As a charter member and the only New Mexico member, we have enjoyed an uninterrupted association with this highly esteemed organization.

The Harmonie Group is a North American network of independent law firms offering expertise in serving insurance companies, risk retention groups, self insureds and insureds. The Rodey Law Firm, New Mexico's member, has been a part of the Harmonie Group since 1995.

“Respected by peers, clients and judges, the team has skills to match the national firms, but with good local contacts and knowledge.”      ~Chambers and Partners USA

National law firms, corporate general counsel, and local businesses look first to Rodey’s Complex and Commercial Litigation team when they need the most experienced counsel for the most difficult cases. We routinely manage large commercial and business-related cases, from inception to appeal, in state and federal courts across New Mexico. Our litigation and case management experience, along with our depth of resources, allows us to assemble skilled teams to address all of our clients’ changing needs.

New Mexico’s legal landscape is familiar territory to our complex and commercial litigation attorneys. Clients tell us that our broad knowledge of New Mexico law, judges, court procedures, and opposing counsel is invaluable to their ability to litigate in New Mexico.

When an appeal is called for, Rodey is ready with the best appellate team in New Mexico. Rodey lawyers have represented litigants in many leading cases decided by the New Mexico appellate courts as well as in the Tenth Circuit United States Court of Appeals and the United States Supreme Court. Our appellate practice group frequently joins our trial litigation teams to provide expertise in preparing for and handling proceedings at the appellate level.

Our attorneys handle all types of complex and commercial litigation including:

When you need the strength of a powerful New Mexico firm, Rodey's Complex and Commercial Litigation team assures you of maximum legal muscle.

Mr. Horwitz is the President and Managing Director of the firm and previously served as the Chairman of the firm’s Business Department from 2013 until 2021. He has substantial experience with a variety of infrastructure financing and economic development tools utilized in residential, commercial, and industrial projects including special districts, industrial revenue bonds, and transactions involving the local economic development act. Mr. Horwitz also serves as bond and disclosure counsel on public finance matters and has experience in the issuance of a variety of governmental obligations.

Mr. Horwitz advises on the creation and operation of public improvement districts (PIDs) and tax increment for development districts (TIDDs) throughout New Mexico. He has represented land developers, land owners and homebuilders in the formation of PIDs and TIDDs in connection with the development of thousands of acres of land. Mr. Horwitz has also assisted clients with negotiating PID and TIDD development agreements, obtaining approvals for the reimbursement of nearly $3.0 billion of budgeted public infrastructure costs, and receiving payment for related expenditures through the issuance of promissory notes and bonds secured by special district revenues.

Represented land owner and developer in the formation of Santolina Tax Increment Development Districts One through Twenty (TIDDs) and Santolina Public Improvement Districts One through Forty (PIDs), which included the authorization to finance approximately $2.0 billion in regional and trunk public infrastructure improvements and the dedication of gross receipts tax increment and property tax increment by Bernalillo County, New Mexico. The project is one of the largest of its kind in the U.S. both by acreage and value and planned to include residential, commercial and industrial elements.

Represented land owner and developer in the formation of the Lower Petroglyphs Tax Increment Development District (TIDD) and the dedication of gross receipts tax increment and property tax increment by the City of Albuquerque, as well as the dedication of state gross receipts tax increment by the State Board of Finance. The TIDD may reimburse the developer for approximately $100 million in budgeted public infrastructure costs. The 336 development involves the planned construction of a 900,000 square foot comprehensive medical campus, 200,000 square feet of medical office space, 1,000,000 square feet of retail space, and other non-residential and residential land uses.

Represented land owner and developer in connection with the formation of the Upper Petroglyphs Public Improvement Districts One and Four through Eleven (PIDs) and in its dealings with Bernalillo County and the DevCo Tax Increment Development Districts One through Nine (TIDDs) as part of a financing program to develop approximately 4,000 acres of land and finance the costs of constructing and installing approximately $700 million in public improvements.

Represented land owner and developer in (i) the formation of the Lower Petroglyphs Public Improvement District (PID) consisting of three hundred and forty (340) acres of land developed by national homebuilders and (ii) the related issuance by the PID of $11,830,000 in special levy revenue bonds and a $582,217 subordinated promissory note, the proceeds of which were used to fund reimbursement to the developer of eligible infrastructure costs.

Represented a regional homebuilder in (i) the formation of the Volterra Public Improvement District (PID) consisting of approximately six hundred and sixty-nine (669) single-family dwelling units and 42,900 square feet of non-residential building area and (ii) the related issuance by the PID of $8,745,000 in special levy revenue bonds, the proceeds of which were used to fund a reimbursement to the developer of eligible infrastructure costs.

Represented a site developer in obtaining $4.3 million of local economic development act assistance for the location and development of an approximately $40 million TopGolf sports entertainment and restaurant facility.

Represented a technology company in the issuance in issuance of $30 billion of industrial revenue bonds, as well as approval of local economic development act assistance, for the development of a multi-billion dollar data storage facility in Los Lunas, New Mexico.

Represented hotel developer in the issuance of two series of taxable industrial revenue bonds to finance the development of the $40 million hotel and related $10 million artisanal food hall.

Represented a services company in the issuance of taxable industrial revenue bonds to finance the acquisition of approximately $10 million in equipment for a new business segment. 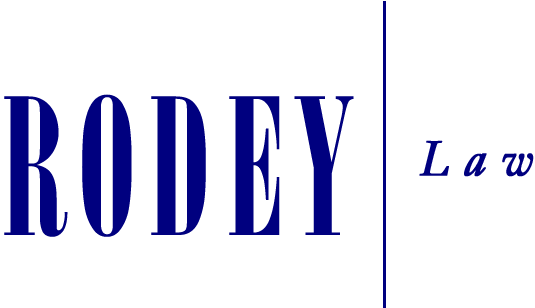