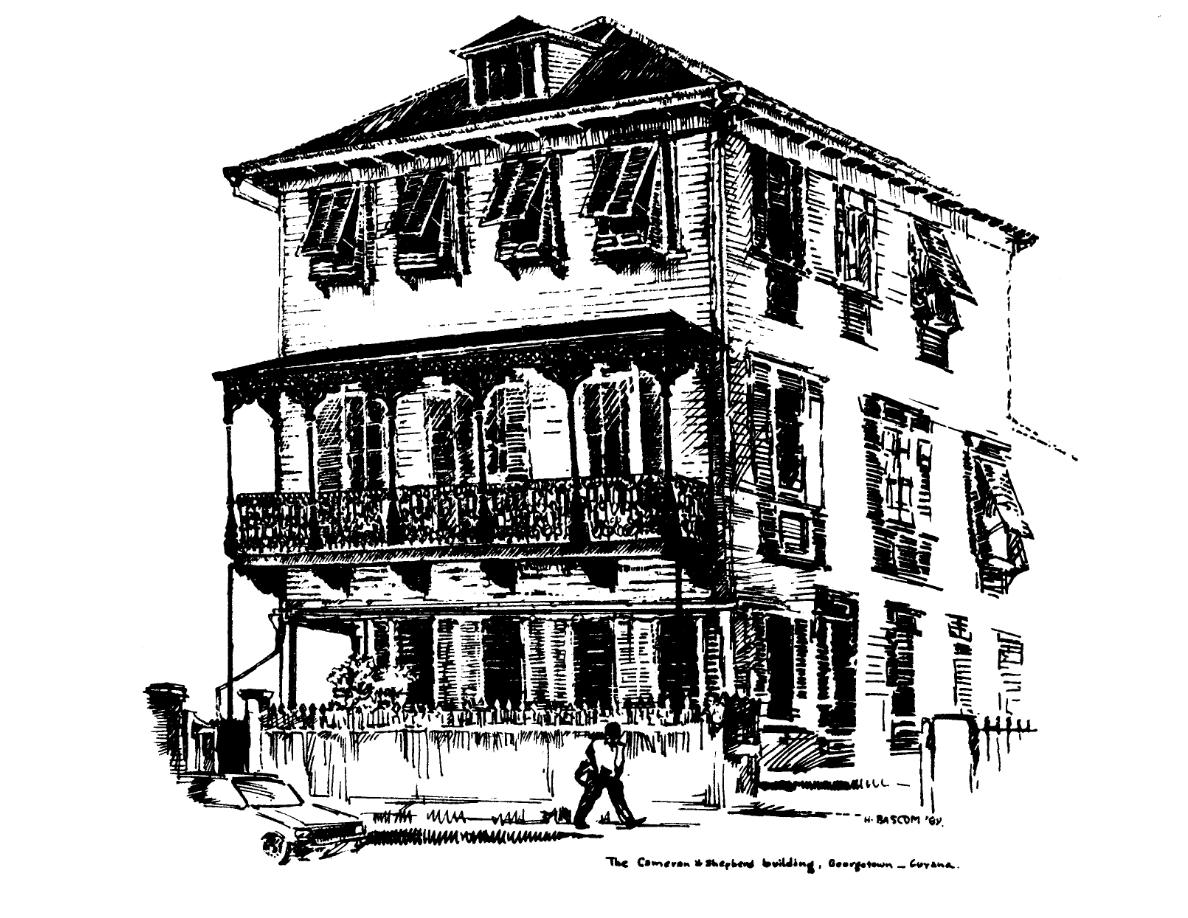 Cameron & Shepherd was established on 4 April 1901, by two English solicitors, Edward Cameron and Charles Shepherd. Cameron was a resident of then British Guiana, a British colony, and Shepherd, his nephew, migrated from the United Kingdom to join him in starting the firm.  They rapidly became regarded as the leading corporate law firm, and over the years the firm built a clientele among the commercial, insurance, banking, manufacturing, and other large businesses in British Guiana.

The firm recruited other lawyers from the UK but in time began taking on leading Guianese practitioners, and reliance on the former declined as the Guianese legal profession came into its own. By the time Guyana gained its Independence in 1966, there was no need for Cameron & Shepherd to look to the United Kingdom for lawyers.

Maintaining its pre-eminent role in providing commercial and corporate services, Cameron & Shepherd is well placed to continue to offer services of a high quality. The firm continues to represent a wide and expanding range of clients from the business community, agricultural, financial and industrial conglomerates and statutory bodies and from the now rapidly expanding oil industry, in both contentious and non-contentious matters.

With the confirmed and prospective discoveries of oil offshore, Guyana, with a population of less than 800,000, will join the ranks of top oil producers in 10 to 15 years. Production is due to start in 2020 at 120,000 barrels a day and increase to 750,000 barrels in 5 years at the current rate of discoveries. Observers expect this to increase to at least 1,000,000 barrels a day or more. Guyana is becoming one of the leading destinations for investment from around the world and Cameron & Shepherd is meeting the additional demand for legal services.

The firm has among its five partners over 125 years of legal experience in a wide range of corporate and commercial and contentious and non-contentious matters. Its former partners have been among Guyana’s leading lawyers, and the current partners, three of whom are Senior Counsel, have appeared in Guyana’s highest courts, including the Caribbean Court of Justice, which is Guyana’s highest court, and the Privy Council of England.

Josephine is English-born but has lived in Guyana nearly all her adult life and has spent most of that time with Cameron & Shepherd. She first joined the firm as an articled clerk in 1975 and has been an equity partner since 1991. She was admitted to the Guyana Bar in 1979, to practise as a solicitor in England & Wales in 1986, and was appointed a Senior Counsel in Guyana in 2018.

Josephine has extensive experience in all areas of civil law and specialises in corporate and commercial work. She is the partner primarily responsible for handling litigation and other matters for three of the six commercial banks in Guyana and a wide range of other companies based both locally and overseas.

Since 2015, when oil was discovered offshore, there has been a seismic increase in the number of companies setting up business in Guyana, including oil companies, companies providing multifarious services to the oil industry, multinational conglomerates and airlines, and many of them have been referred to Josephine by existing clients.

In 1995, Josephine was the recipient of a Guyana national award - the Golden Arrow of Achievement - for services in the fields of sports, law and women’s rights.