The Law Offices of Jean-Charles S. GARDETTO, founded in 1988 by Jean-Charles S. GARDETTO, a member of the Monaco Bar and a former President of the Bar association, are a Monaco-based law firm working in the areas of litigation and legal advice. They provide their local and foreign clients (individuals and corporate entities) with the legal expertise of a team that, through the complementarity of its members, is in a position to handle any legal issue before any court, to advise on the implementation of a wide range of projects and to assist clients wishing to settle in the Principality of Monaco. The Law Offices of Jean-Charles S.GARDETTO have a strong international focus both in terms of the diversity of the clients using their services and the nature of the cases they handle. Correspondent lawyers abroad enable the firm to support its clients beyond the borders of Monaco.

Their competence, responsiveness and international reach have won The Law Offices of Jean-Charles S. GARDETTO the continued confidence of international clients who insist on nothing but the highest standards. The firm acts on behalf of institutional as well as private clients.

Since 2010, the firm benefits of the ISO 9001 certification for the quality of its services.

Admitted to the Bar in Monaco in 1988, Jean-Charles S. Gardetto has practised as an Avocat-Défenseur since 1997. He is the former President of the Monaco Bar Association (Ordre des Avocats et Avocats-Défenseurs de Monaco) and a former member of its board.

He holds the following academic qualifications:

Jean-Charles S. Gardetto was a Member of the National Council (Parliament) of Monaco and Chairman of the Foreign Relations Committee from February 2003 to February 2013.

The firm advises companies and private individuals, particularly in the following areas: 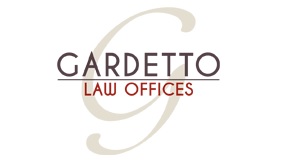