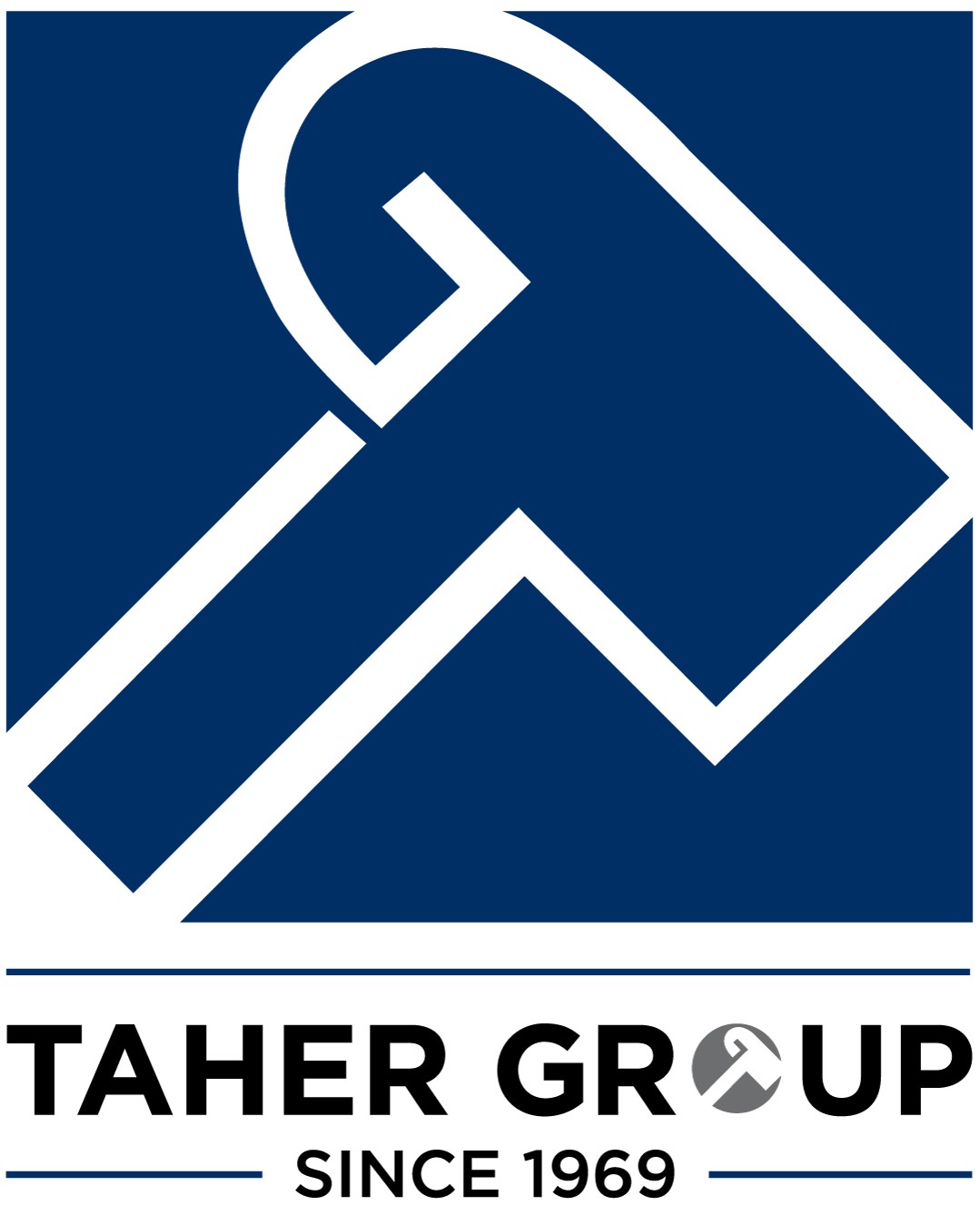 Taher Group Law Firm (TAG) was set up in 1969 on Fahad Al Salim Street, Al Sharq Al Awsat Building, Kuwait. Upon establishment, the Group was headed by Dr. Jamal Eddin Ateyyah, attorney at law, holder of a PhD in the International Law from the French Sorbonne University, and one of the founders of the first Islamic bank worldwide in Luxembourg County.

Throughout its fifty-year existence in the field, the Group took up ten thousands of lawsuits and consultancies in all legal aspects, which confers upon it proven track record.

To render Taher Group Law Firm as a leading local, regional and International law Firm with high global standards in terms of provision of service through high quality and advanced legal standards with its main objective being to ensure the continuous development in its performance in a sustainable manner.

With an intention to propagate the service of Justice through a consolidation of the principle of the rule of law by raising awareness and disseminating the legal culture between the components of the society, individuals and institutions and to find its correct understanding and respect for the law and to comply with the same by establishing a stable society which shall be interdependent and secure. .

To work in support of the profession and complexity to evolve into modernity, and to continually generate professional ethics and boost in order to ensure its push it to a prominent position in modern society.

Taher Group works professionally in all types of civil, real estate, labor, insurance, commercial, maritime, trademark, patent, conciliation and arbitration cases, defense and litigation in criminal cases and medical malpractice.  The following are some of the areas of expertise:

Taher Group also provides legal services to Fortune 500 listed companies as well as leading small and medium-sized companies in their field.  The Group also offers its services directly through its law firm based in the Arab Republic of Egypt in Cairo.

Mr. Fawaz Alkhateeb is a senior partner and attorney at Taher Group Law Firm. He is admitted to practice before all courts in Kuwait including the Constitutional and Supreme Courts. He holds a bachelor’s degree from Kuwait University in the year 2009 and obtained a master’s degree in Law from the University of Manchester in the United Kingdom in the year 2012. He is presently pursuing his doctorate at Durham University, Law School in the United Kingdom. He has had exposure as a legal consultant at the British Legal Advisory Center in Manchester in collaboration with Clifford Chance LLP, Hill Dickinson Law Firm and Manchester University. He has executed duties as a teaching assistant at the Faculty of International Law (KILAW) during 2014-2015. He has successfully headed the quality assurance committee (ISO 9001) at Taher Group Law Firm in both at the Kuwait and Cairo offices in addition to being, a certified quality auditor (IRCA) since 2014. He is a registered Court Receiver at Kuwait's Ministry of Justice. He is also a registered arbitrator at the Commercial Arbitration Center of the Chamber of Commerce and Industry. He functioned as the head of the Constitution Defense Committee, and currently, he heads the Standing Committee for the Defense of Lawyers at the Kuwait Lawyers Association (BAR). He specializes in corporate law, corporate finance and commercial law. He is presently writing his doctoral thesis on financial regulation and Market Abuse. Mr. Fawaz has represented many clients in numerous financial, corporate and commercial matters.

Mr Alkhateeb is an international lawyer and arbitrator with over ten years of experience in General, corporate and commercial law. He has extensive experience in pleading and defending before all courts in the State of Kuwait. He is primarily focused in rendering legal services in area of business law, corporate law, furthermore in commercial law, insolvency law and judicial proceedings. He has worked on many cases including corporate and financial market matters. Alkhateeb provides services to a range of clients including high-net-worth entities, companies and individuals. Alkhateeb has also contributed towards the leadership of the international department (foreign) and the management of legal affairs in the group. He has also contributed towards the provision of specialized legal courses to leading private sector entities within the State of Kuwait.

He is registered lawyer since 2009.

▪ A certificate of participation in an ISO 9001 standard auditor's course held at Lloyd's Register EMEA on 22nd to the 28th of March 2014.

▪ A certificate of participation in the Sports Arbitration Course at the Court of Arbitration of Sports (CAS) of the Olympic Council of Asia held on the 29th of March 2014.

▪A certificate of participation in the first course of the training program for lawyers entitled "The legal and the social role of lawyers", held by the Kuwait Bar Association from the 2ndto 4th of November 2013.

▪ A certificate of participation in the second course of the Lawyers' Training Program, entitled "The Lawyers’ Investigations Authority", which was hosted by the Kuwait Bar Association from the 12thto the 14th of November 2013.
▪ A certified Legal Researcher (Advanced) from Lexis (R) Library online in 2012.
• A certificate of participation in the course of arbitration in disputes related to the international relations of the Kuwaiti Lawyers Association from the 25th to the 29th of October 2009.

▪ A certificate of Media Course from the National Accord Movement in November 2009.

▪ A leader's certificate and decision making from the Community Development Department at Kuwait University in July 2007.

▪ Skills Development Certificate from the Department of Community Development from Kuwait University in June 2007.

▪ A certified financial analyst in the Kuwait Stock Exchange of the National Accord Movement in March 2007.

▪ A certificate of Public Speaking and Presentation from the National Accord Movement in December 2005.

2- Research and legal studies:
▪ Doing Business in the State of Kuwait: An Overview (Thomson Reuters, Q & A, January 2018).

▪Master Thesis, "Monetary Evaluation of Cases in which Courts raise the Legal Cover of Holding and Subsidiary Companies - Comparative Study between the State of Kuwait and the United Kingdom", (the UK: University of Manchester 2012).

▪Master Thesis, "Critical Discussion of the Principle of Independent Documentary Credit, Problems arising from Principle and Exceptions to its Application",(the UK: University of Manchester 2012).

3- Experiences and interests in other areas:

▪ Had won the first position in the Kuwait Chess Championship held in 2000.

▪ He is a certified chess referee from the International Chess Federation and the Leadership Development Center - Kuwait.

▪ He has also participated in the International Referral Global Conference (IR Global 2018) in the United Kingdom, London during October 2018.

▪ Participated in the INCM, where he presented a paper entitled "Building Consistent and Stable Countries "in Kuwait at the National Consensus Conference ‘INCM’ during April 2014.

▪ He has also participated in the International Referral Global Conference (IR Global 2012) in the United Kingdom, London during September 2012.

▪ He has managed the National Unity Seminar, held in the United Kingdom - Manchester during March 2012.

▪ He has conducted the Symposium on Democracies in the Gulf Cooperation Council Countries, held in Kuwait during September 2007.

Elucidation on the legal aspects regarding the outbreak of new Corona virus (COVID-19), state procedures, its violations and associated penalties