Adrienne Braumiller is the founder of Braumiller Law Group PLLC and an innovative force in the international trade law arena. With more than 25 years of experience, she is widely recognized as a leading authority in Customs, import, export, foreign-trade zones, free trade agreements and ITAR compliance.

Adrienne has been involved in every aspect of import and export compliance, from developing compliance programs to conducting audits and assessments, representing clients who are under investigation, preparing and submitting voluntary disclosures, preparing and filing classification requests and licenses, analyzing whether specific transactions should be pursued, providing tailored training on specific import/export topics, addressing penalty assessments, and serving as an expert witness in a number of trade cases.

In addition, Adrienne has made presentations as a distinguished lecturer for such groups as the American Association of Exporters and Importers, the International Compliance Professionals Association, the American Conference Institute, the American Petroleum Institute, and the National Association of Foreign Trade Zones. She is also a frequent speaker at government-sponsored events, such as the Department of Energy’s International Nonproliferation Export Control Program (INECP), which hosts industry/government seminars on strategic trade management in various countries around the world.

In May of 2018, Adrienne was once again selected by Chambers and Partners as a Leader in her Field related to International Trade and Customs for both the USA and Global. This is the fourth year in a row Adrienne has been selected by Chambers (The Chambers Guides have been ranking the best law firms and lawyers since 1990, and now cover 185 jurisdictions throughout the world).

Adrienne and her team currently serve as Global Trade Counsel to the Counsel of Supply Chain Management Professionals (CSCMP) and its Roundtables, a testament to the firm’s reputation and expertise. (CSCMP is a leading global organization dedicated to education, networking and cutting-edge research related to supply chain matters).

In the last few years, both Adrienne and her firm have received numerous awards in recognition of her/ the firm’s leadership and its dedication to excellence. In June of 2015, her firm received an award from World ECR as “Highly Commended as the Best Export Control Law Firm of the Year”. The firm also received the 2015 Texas Excellence Award for Advisory Services by the U.S. Commerce & Trade Research Institute (USCTRI). In December of 2014, Adrienne was nominated by her peers for a Lifetime Achievement Award and as the Best Regulatory Lawyer of the Year for C5’s Annual Women in Compliance Awards. (C5 is a London-based conference organizer and think-tank). At the 2014 Annual Women in Compliance Awards, Adrienne’s firm was Highly Commended as the Best Regulatory Law Firm of the Year.

In November of 2013, the World Law Alliance selected Adrienne to head up its Regional Chapter in Texas. The World Law Alliance (WLA) is a private, non-profit professional organization providing legal resources and services in over 100 countries. Committed to enhancing the professional and commercial interests of a diverse legal community, WLA helps its members address the challenges of ever an evolving diverse and complex global legal landscape.

In December of 2012, Acting Secretary of Commerce Rebecca Bank appointed Adrienne to serve a (4) year term on the Regulations and Procedures Technical Advisory Committee (RPTAC). RPTAC is one of seven Technical Advisory Committees that works in close cooperation with the Department of Commerce’s Bureau of Industry and Security (BIS). The committee functions solely as an advisory body and reports to the Assistant Secretary for Export Administration, BIS, U.S. Department of Commerce. In this role, Adrienne will work with the committee to provide guidance on the development and revision of the Export Administration Regulations as part of the on-going Export Reform effort.

In January 2007 and again in December 2008, U.S. Secretary of the Treasury Henry Paulson, Jr., and Secretary of Homeland Security Michael Chertoff appointed Adrienne to serve two consecutive two-year terms on the Departmental Advisory Committee on Commercial Operations of Customs and Border Protection (COAC). As the only attorney of a private law firm participating on COAC, Adrienne served as one of several members representing the interests of importers and their agents. During her term, she assisted with critical topics related to trade facilitation and security, including program initiatives and legislative mandates.

Adrienne has held numerous leadership roles over the years, including serving as the President of the Organization of Women in International Trade at both the local and national levels. She has also held pivotal roles on various international and Customs law committees within local, state and national bar associations. Currently, she is the firm’s representative to the Association of Trade Compliance Professionals (ATCP), as Braumiller Law Group is the only law firm in the country selected to co-sponsor ATCP’s various activities.

Adrienne received her L.L.M. in International Business Transactions from McGeorge School of Law (Sacramento, California) and earned her J.D. at St. Mary’s University (San Antonio, Texas). She studied international law at the University of Salzburg (Salzburg, Austria) and at the University of Oxford, Queen’s College (Oxford, England). She is licensed to practice before the Supreme Court of Texas; the United States District Court of Texas for the Northern District; the Court of Appeals of the District of Columbia; and the United States Court of International Trade. 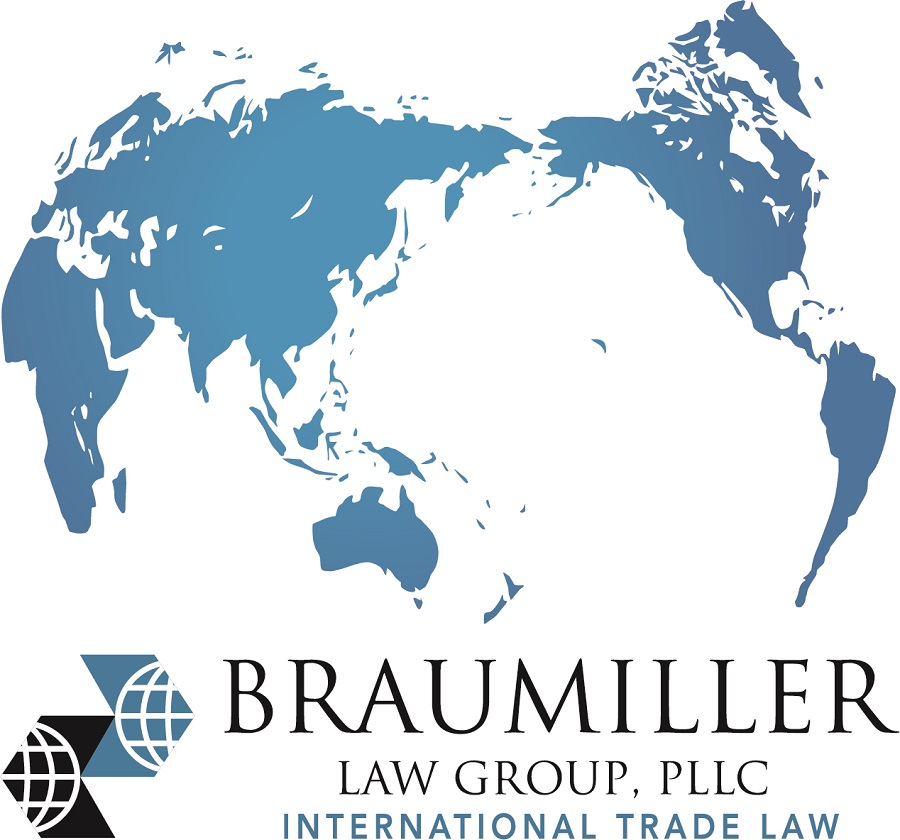